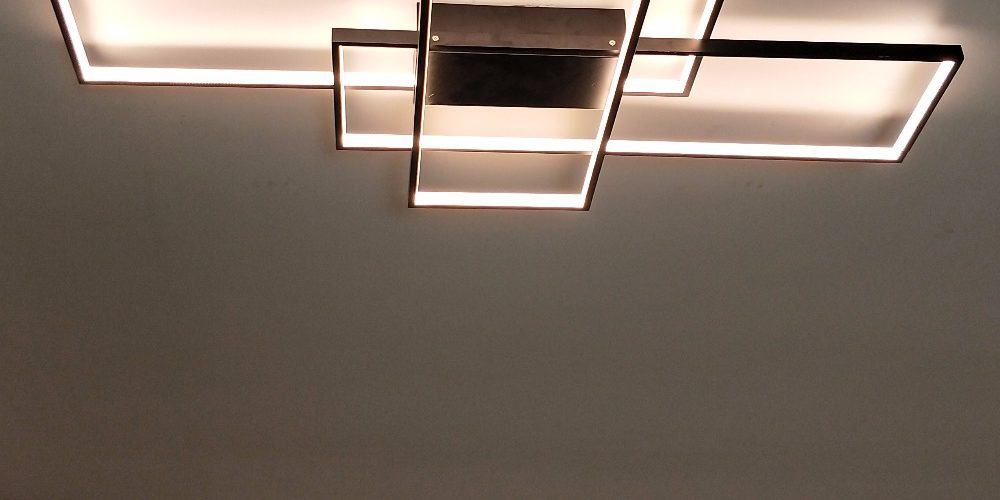 Ceiling light fixtures come in many styles and colors. They are available in modern, country and ones for children. Some hang close to the ceiling while others hang further down. They come as pendant lights, with ceiling fans, as mini chandeliers and with features such as crystal.

Modern ceiling lights come in a wide range of choices. Some are very bold, some geometric and some simple and laid-back. The Possini Euro Lilypad is a showpiece that combines frosted glass with chrome. Nature-inspired, this light looks like a grouping of over twenty lilypads spreading across the ceiling. Twelve of the lilypads are lit with 20 watt halogen bulbs providing graceful lighting to any room.

Possini makes another great ceiling light for modern décor in their Possini Euro Crystal Burst. This semi-flush mounted light is a showy piece wherever it is mounted. Appearing to burst out of the ceiling, this attractive light consists of crystal accent bars exploding out of a chrome-finish base. This light, which uses 10 watt halogen bulbs, makes a striking display enhancing any modern room.

Décors done in country, cottage or rustic often have similar traits when it comes to ceiling lights. Sometimes they use simple lines and clean designs, sometimes ragged edges or weathered looks are used and sometimes the look is vintage. Vintage lights often have vines weaving in and out of the light fixture as well as birds perching among the vines. The Heart Ceiling Light, by Kaccents, is made of punched tin which is another popular look with this decorating style. This round tin ceiling light has hearts, lines and sunbursts punched out of the tin providing a room with a warm and cozy glow.

The Berkshire Rustic Chandelier has an aged metal base, a country red finish and would enhance any country-type décor. Five graceful arms hang down gracefully and are wired for candelabra sockets. Each candelabra can hold up to 60 watts and will light up hallways, entryways or rooms with a welcoming glow.

There is a large selection of ceiling fan light fixtures that are available for children. There are some that are just for girls, some that only boys would want and some that would be great for either. The Rose Bouquet Chandelier is made of pink gingham fabric, pink roses, chains of Swarovski bead crystals and pendant crystals with pink gingham inside of them. This elaborate ceiling light will add a warm glow to a feminine room.

Boys will love the Prop Plane Chandelier by Rosenberry Rooms. This bi-plane chandelier is made of satin nickel and frosted glass and holds one 60 watt light bulb. This charming plane with wheels on the bottom and moveable propeller will have boys wanting to play with it because it is so life-like. Ceiling mount light fixtures that are great for either girls or boys include the planet earth, a moon and stars light, Gone Fishin’ Pendant Light, Western Horses Chandelier and Safari Walk About Chandelier. Ceiling lights can also be found with fans attached in various colors like pink, blue and red or with designs on them such as flowers, sports equipment and planets.

Mini chandeliers come in a variety and are available for any room in the house. Girls might like the Pink Sapphire Three-Light Chandelier by Sleeping Partners Home Fashions. Different shades of pink crystal, pink beading hang in swirls and curls giving a warm glow with three 25 watt candelabra bulbs. Little boys would like the Airplane Mini Chandelier by Bel Air Lighting. This ceiling light features five little airplanes in yellow, apricot, lime, sage and blue with white shades over them. Each shade holds a 60 watt candelabra bulb to really light up a boy’s room. Mini chandeliers are also great in kitchens, bedrooms and bathrooms. Whether the décor in the room is country, modern or based on nature, there are mini chandeliers to match.