How To Get Rid Of Wasps? 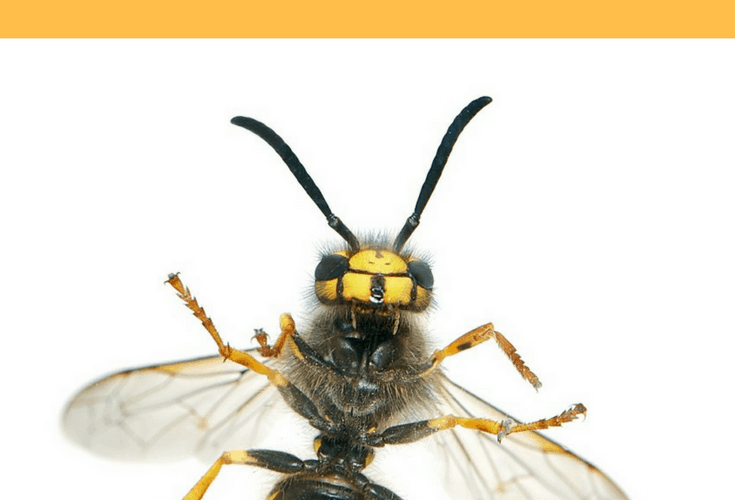 Believe it or not wasps do have many useful purposes within our world. Wasps help to eliminate insects and parasites that can be harmful to humans and various vegetation such as trees, plans and produce around our world. Wasps are also responsible for helping to fertilize the large variety of flowers, vegetable plants and fruit trees for bountiful harvests. However, in large colonies wasps can also be very bothersome and even deadly for a person who is allergic to their venom. This is especially true when they invade the dwelling areas that people utilize both outdoors and indoors of homes.

Cicada Killer Wasps are solitary wasps. This type of wasp is approximately 1 ½” long and despite its name does not usually sting unless threatened. The Cicada Killer wasp is usually found in flowering plants, trees and bushes. These wasps usually live in the ground by burrowing holes however they do not build nests.

Mud Dauber Wasps are another solitary type wasp that usually lives within a home’s eave troughs, attics, under the roofs of outbuilding and other extremely warm areas. The Mud Dauber Wasps most often feed on spiders and take up residence within spider nests. The female wasps will not try to defend their nests so removal can be done by hand.

Paper Wasps are classified as being a social wasp. They are described as being reddish orange, brown or black in color and measure about one inch in length. The paper wasp makes its nest in areas such as attics, behind eaves on a home, and other hidden structures such as in a car’s exterior mirrors. They get their name because they build their nests from materials that they chew from trees and plants which make a paper like substance used for building.

Hornets are another social wasp that are the most commonly known for their deadly stings. These wasps are found nesting in areas around porches and other areas where it can be very bothersome to human activities.

Social wasps and solitary wasps are very different. Social wasps live in what is considered to be colonies with several thousands of other wasps. The female wasps within these colonies perform all of the work and other duties within the nesting area. The male wasps do the work outside of the nesting area by collecting the pollens, food and building materials that will be used within the nest by the female wasps. Solitary wasps most often live alone and do not usually build nesting areas. These type of wasps do lay eggs although the eggs are left to hatch on their own unlike the eggs within a social colony which are tended and watched over.

Another way in which wasps are categorized are whether they are predatory or parasitic. The predatory wasps are the ones who are know for their tasks of pollination. Parasitic wasps on the other hand are the wasps who are the ones responsible for helping with the management of insects and parasites.

How To Eliminate Wasps Around Your Home

So as you can tell there is no such thing as a typical wasp. That is also why there is not just one effective method in which wasps can be completely eliminated. Some of the methods for getting rid of the various types of wasps include:

Chemical Sprays. Chemical sprays can be used to help eliminate most types of wasps by spraying their nests and dwelling areas thoroughly with the chemicals. Protective Equipment and clothing should be used when using this type of method to kill the wasps. Always make sure that you are covered with a thick layer of clothing and that the cuffs on your pants and shirts are tucked in to prevent the wasps from entering them.

Insecticide Sprays. Insecticide sprays are meant to drive wasps from their dwelling areas and kill the eggs of the new wasps so they cannot develop. This method can be risky as it actually drives bees from their hives and can cause them to become defensive. A secondary method should be used in combination with the insecticide spray.

Dusting Method. The dusty method is best when used for wasps that dwell within the ground or in vegetation areas. This will kill the wasps when they are within their areas. It is best to use the dusting method in the evening when the wasps return to the dwellings.