How to Cook a Ham in the Oven? 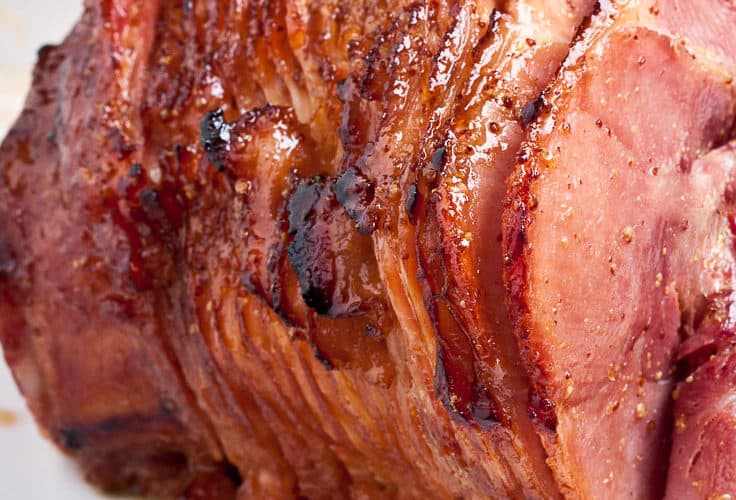 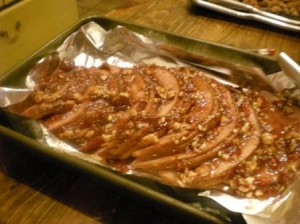 Ham in the Oven

Is there anything more satisfying around the holidays than eating a good seasonal cooked ham? Many Americans, especially men, are hesitant to undertake the project of cooking a good ham in the oven. The truth is that although it is time consuming to prepare, it need not be difficult. This article details the step by step instructions for effectively cooking a ham in the oven.

If the ham that you are going to prepare is frozen, then you will have to properly thaw it before you begin to cook it. You must not ever thaw out pork on the kitchen counter itself. This is because the meat’s exterior will quickly arrive at a temperature in excess of 40 Degrees F. all the while that the interior of the meat remains frozen. This part which is above forty degrees could begin to facilitate the growth of bacteria. You are able to cook ham without having to thaw it in advance. All that is required is that you cook it for greater amounts of time, such as a good one and a half times longer than the recommended cooking instructions for a thawed out piece of ham.

There are two ways that you might safely go about this. The first is the refrigerator method of thawing. Although this is a painfully slow means of thawing out pork, it is certainly the safest means of doing it. Also, less moisture will be lost in thawing out the meat this way. You must ensure that your fridge temperature is set within a range of 35 to 40 degrees in order to keep any bacterial growth at bay while the meat is thawing out. Keep your ham wrapped up and sitting on a tray or a platter in order to contain the drippings while the meat thaws. Alternatively, you could cover the ham with aluminum or plastic foil wrap. The following thawing times should be observed:

The second way of effective thawing your ham is via the cold water method. This means of thawing your ham in cold water is far faster than fridge thawing. It is safe too, so long as you observe the proper directions. Fill up your sink with cold water. The meat must be entirely covered by it. Put your ham inside a bag that does not leak, and lower it under the cold water. It is important that the ham is not exposed to the water, or it might grow bacteria. New cold water should be changed out about each thirty minutes. Never utilize hot or warm water to do this thawing process, since bacterial growth will likely result.

Baking Your Ham in the Oven

If you first begin by placing aluminum foil over your roasting pan, then you will find that the clean up time afterward is much simpler. Never put water into the roaster itself. You should slowly cook the ham in order to keep it from drying out, at 325 degrees F. For every pound of ham which has not been precooked in advance, you must give it twenty to thirty minutes cooking time. In properly roasting a ham, the fatty side should be facing up. In this way, the fat will nicely baste the ham as it melts. Half of the way into the baking time, turn the ham over so that it keeps the meat from becoming unevenly salted while it lies in the meat’s brine.

If you wish to have a nice crisp ham surface, then make certain that you preheat your oven in advance of putting the ham in to the oven itself, in an pan which is not covered. When you are turning over the ham, make sure that you do not utilize sharp utensils. These might cut into the meat, causing precious ham juices to get away. Wooden spatulas and spoons are more effective implements for this task. Another thing to watch for is not allowing the ham to be overcooked. If you let this happen, then the ham will be tough and dry. It is essential to make certain that the ham center reaches a full 137 to 160 degrees F. in order to be sufficiently cooked so that no trichinosis is present in the final product. Once the ham has finished cooking, remove it and let it sit on top of the stove for a good fifteen minutes in advance of cutting it. The ham will keep baking even while it sits atop the stove.

Making Sure that the Ham is Done

To safely ensure that the meat is fully cooked, you should employ a thermometer. A good meat thermometer should be put into the ham inside the oven, so that it is easier to check if the meat is done. The thermometer should not touch any bones. Once the ham is five to ten degrees lower than the recommended temperature, it will be ready to remove from the oven. In the fifteen minute period outside of the oven, the ham will finish cooking properly. Your fresh ham should reach an internal temperature of 160 to 170 degrees F. in order to be thoroughly cooked.