How to Cook a Sirloin Tip Roast? 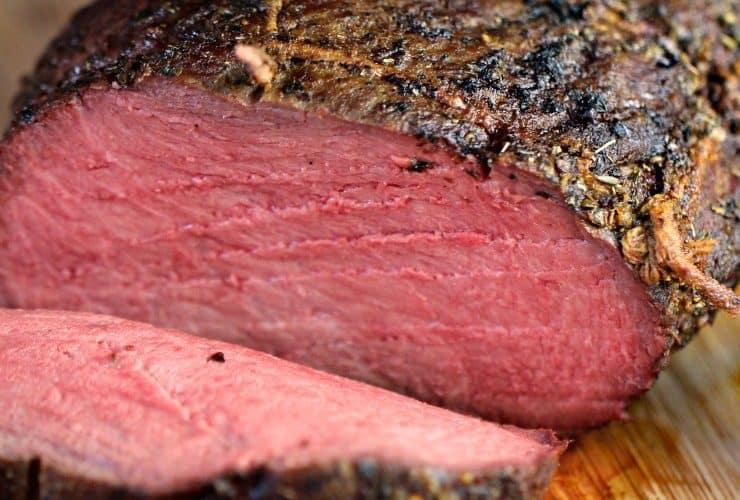 A sirloin tip roast is a fantastic choice for a variety of dining occasions. The cut of beef is particularly well suited to roasting, much like its similar counterpart, the London broil. The first step to producing a savory roast is acquiring the meat itself. A sirloin tip roast can be purchased individually, which is recommended for the sake of simplicity, or as a part of the beef knuckle which can be trimmed to yield both the roast and the London broil.

1. Warm the Meat to Room Temperature:

Take the meat out of the refrigerator or freezer and allow it to slowly warm to room temperature throughout the meat. This allows the roast to cook more thoroughly and evenly.

Preheat the oven to 500 degrees F and allow it to heat up as you finish preparing the meat.

This step is highly customizable and depends on personal tastes. Salt and black pepper are highly recommended but nearly any seasoning can be used. Rub all of the seasonings in thoroughly. Nextly coat the roast with a very thin layer of vegetable oil to aid in the caramelizing of the meat.

If you don’t know the weight of the meat it would be highly beneficial to use a kitchen scale to get a rough measurement.

Set the time to 20 minutes if the roast weighed around the average of four pounds. The timer should be set to 30 minutes if it weighed closer to six pounds.

3. Put the Sirloin Tip Roast in the Oven:

Stage one of the cooking process consists of very high heat for a short period of time in order to even out the internal juices. This step also cooks the outer layer of the roast thoroughly resulting a very crispy and flavorful covering. Remove the meat when the timer goes off and reduce the oven temperature to 350 degrees F.

Once the roast has been removed from the oven it is important to allow the meat to “rest”. This is done by simply allowing the roast to cool to room temperature before slicing it open. If this step is skipped the internal juices of the meat will run out and diminish the quality of the roast.

Once the roast has rested it can be slice and served. The meat should be cut against the grain in the desired thickness.