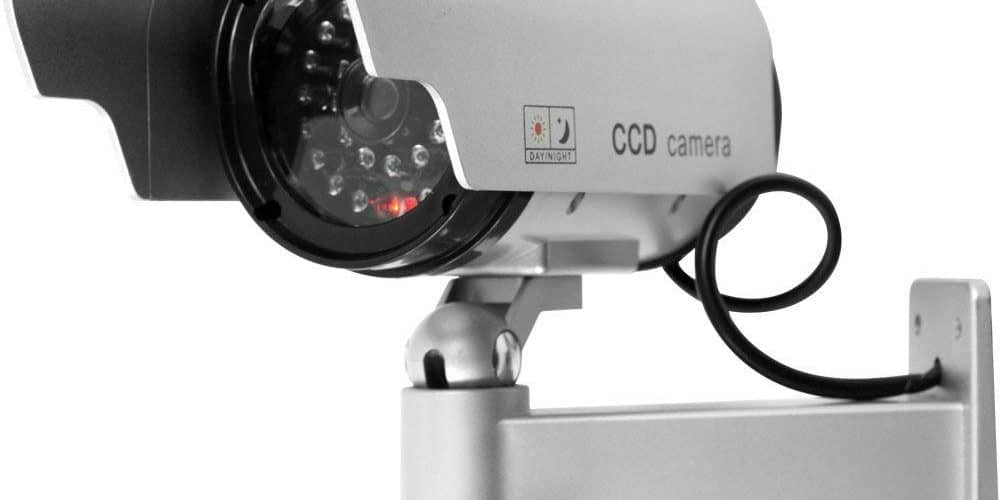 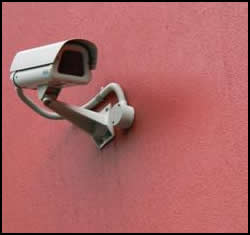 The field of home security systems has become incredibly sophisticated. High-end systems often include video cameras monitored by closed-circuit television (CCTV) at a security company. There is no doubt video monitoring provides an extra – and expensive – layer of protection to your home. But what options exist for homeowners who want the sense of security a video surveillance system gives but lack the funds to purchase one?

Fortunately, the evolution of video surveillance technology has given rise to an affordable, easy solution for homeowners: fake security cameras. These are non-functional video cameras specifically designed to make people believe they are real and recording. These cameras are placed where functional cameras would normally be, where they are noticeable to people in the area, so that observers will think the spot is monitored on CCTV. The presence of a visible security camera, even a fake one, is likely to deter burglars.

But even in homes with real video cameras in place, fake home security cameras can provide an important function. By supplementing your actual camera(s) with fake or “dummy” ones, you can give the appearance that more areas of your property are under video surveillance than actually are. Never forget, experienced criminals may damage any visible video equipment before breaking into a home. It is often desirable to locate any real cameras in hidden areas and use visible, fake cameras to lessen the cost of damage to your security system.

Fake video cameras come in a wide range of models, styles and degrees of realism. On the low end, a fake security camera may simply be a hollow housing with a thin plastic lens. Many housings on less expensive models are made of molded, rigid plastic and have no lights nor motion features. If selecting a model with a plastic housing, it is important to check whether the plastic is weather-resistant if you intend to use the camera outdoors. These models may appear bulkier than those typically used in homes and, therefore, may not be the best option.

Higher on the pricing scale are units which include lights, flashing lights or motion to make the camera look more real. Many models exist that use the outer casing from actual video cameras without the functional recording elements. These models may have lights and/or a panning or tilting motion and are impossible to tell from their fully-functional counterparts. Most also have cables just like real models, as well, which add to their authenticity. A camera with lights or a motion sensor may work well in a home setting.

Models using dome-shaped covers are readily available but are generally not used in home installations, so other models would be better selections. High-end models often feature a flashing LED light to ensure the camera is visible in the dark. Other options include real video cable, a weather-resistant aluminum housing, or even a zoom lens. To aid in placing the unit, many have fully-adjustable mounting brackets. These units are often small and look much like actual video surveillance cameras.

The costs of dummy cameras is quite low, from around nine dollars per camera for the low-end models to sixty-five dollars or more for the high-end ones. Units with lights, motors or motion sensors usually run on batteries. Many with LED lights use AA or AAA batteries, but those with motion may require size C batteries. It is important to factor the cost and work involved in replacing batteries into your home security system pricing. Having features such as motion sensors and LEDs will not be effective unless they are powered on at all times.

Extras to look for when comparing cheap fake security cameras are things such as stickers that can be affixed to windows or doors, warning potential burglars the premises are under video surveillance. Other nice features to look for are the inclusion of adjustable mounting brackets, dummy power outlets, dummy power cords, A/C power adapters, DC power supplies, solar power panels, sun shields and mounting hardware.

Before shopping for fake dome security cameras, determine how many entrances or areas need a camera, where they should be installed and what size or shape would be aesthetically pleasing. The goal is for the camera to be visible, but not obvious. Ideally, the camera should be placed so that it is visible if looked for but not directly in the line of vision of the casual passerby. It should be subtle, but definitely noticeable if looked for. Cameras should also be mounted high enough that a ladder is needed to reach them. This helps discourage would-be thieves from attempting to disable or damage them.

When shopping for dummy security cameras, be sure to compare prices, features, materials and customer support. Before ordering, make sure you understand exactly what comes with each unit and whether special tools or processes will be needed to mount them. For instance, mounting a camera on a brick wall may require a power drill and special bit. Be sure to add any additional costs into the total of your package installation.

Once installed, it is important to keep in mind that no actual video is recorded when using fake security cameras. If a break-in occurs, these cameras would be of no use to you nor the police investigating the crime. There is no substitute for an actual video surveillance system, and those living in high crime areas or where professional burglars operate may not find that fake cameras provide the security they require. However, the dummy cameras may act as an effective deterrent to many thieves and may help you avoid property loss.

When strategizing ways to protect your home and family, including fake outdoor security cameras puts a professional polish on your plan. Whether used in conjunction with actual video surveillance equipment or alone, dummy security cameras send a clear message to criminals that your home is protected. You owe it to yourself and your loved ones to investigate the use of fake security cameras as part of your comprehensive home security plan.