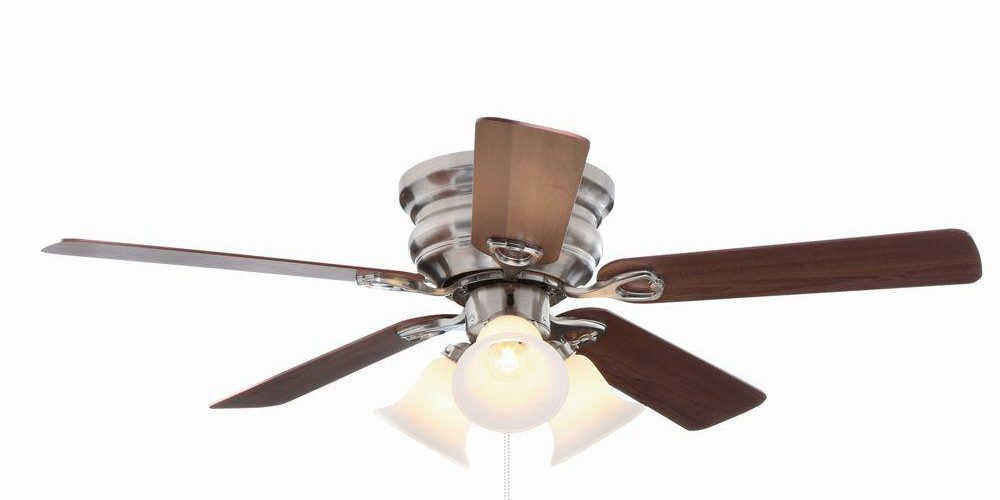 In the 1860s and 1870s the first ceiling fans appeared in the United States. They were not electric powered in any way at that time. Along with a stream of running water and a turbine, this drove a system of belts turning the blades of two blade units. Some of these early fan units can are still being used today and can be seen in the South where there first proved to be so useful.

In 1882 Philip Diehl invented the first electrically-powered ceiling fan. He had also invented the motor used in the first Singer sewing machines and later adapted that motor for use in electrical ceiling fans. Diehl’s electric fan operated much like todays modern fans in which each fan had its own motor unit, this eliminated bulky and costly systems.

With the commercial success of the electric ceiling fan, Diehl was immediately faced with fierce competition. In spite of this he continued to improve his invention. One of these improvements , called the “Diehl Electoiler”, this was a adapted light kit that attached onto the ceiling fan which would take the place of any fixture that had been removed for the installation of the ceiling fan and to add more overhead light to the room.

Most ceiling fans by World War I, were being made with four blades instead of the original two blades systems. Not only did this make the fans run quieter, but this change allowed them to circulate more air, therefor making better use of there motors.

In the 1920s, ceiling fans had became very common within America and this popularity had spread internationally. The ceiling fan was very popular in other countries, especially those with warm climates that could not afford air conditioning systems.

Some East Asian manufacturers in the 1960s began to export their ceiling fans to America. Catching on slowly at first, but finding great success during the 1970s energy crisis, since ceiling fans use far less more energy than air conditioning systems do.

During the rest of the 1970s and into the early 1980s, these fans continued to be popular in America. There were many small American manufacturing companies that began to make ceiling fans, though most were rather short lived. The high cost of American labor and parts caused a drastic change in the balance between Asian and American ceiling fan markets in the 1980s.

The ever-reducing cost of amenities such as air conditioning, cause fan sales to be greatly reduced again in the mid 1990s. This reduction of sales also cause a reduction in research development and also in features. Features that were once standard had been replaces by cheap, standardized parts.

There have been important advances since 2000, with companies offering higher cost fans that offer more decorative value.

They can vary greatly in price due to many factors such as how the fan motors are built and the type of exterior blade finishes. Many manufactures will make different qualities of fans that vary greatly in price. The broad range of cost of ceiling fans are due to the difference in quality, function, durability and performance.

Ceiling fans are normally one of the first things that someone will notice about the room. So it is important to think of a ceiling fan as important investment. Ceiling fans with lights have a lighting fixture and a decorative accessory all in one. There are many accessories that can be purchased for use with ceiling fans such as light kits, downrods and remote controls.

Ceiling fans help to maintain a comfortable room temperature which prevents air conditioning units or heaters from having to work to hard, thereby saving energy. Since operating a ceiling fan uses no more energy than that of a 100 watt light bulb, this can save up to 40% off of an energy bill. Saving you money and helping to save the environment.