The Home Star Retrofit Rebate Program, passed by the House of Representatives on May 6, 2010, establishes a tiered rebate program for homeowners who retrofit their homes to increase energy efficiency. The bi-partisan bill passed by a vote of 246 to 161.

The Bill, introduced by Representative Peter Welch (D-VT), encourages homeowners to address specific issues such as installing energy efficient windows and doors to qualify for the Silver Star Home Energy Retrofit Program, and to address wholehome energy savings measures to qualify for the Gold Star Home Energy Retrofit Program. In its current form, the Program will provide rebates of up to $3,000 per home for the Silver Star Program and up to $8,000 per home for the Gold Star Program, and will provide a total of $5.7 billion dollars of relief over the next two years. Mobile home owners may receive $600 million over the Program’s two-year life span to encourage them to upgrade to more energy efficient housing. 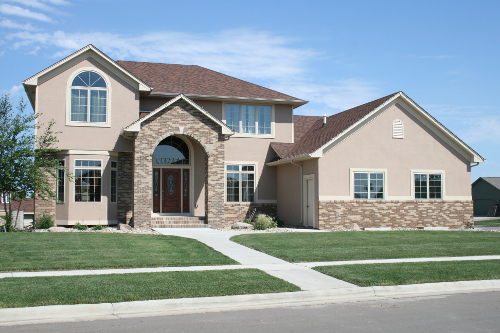 Under the bill’s provisions as introduced in the House, the homeowner would receive the appropriate rebate or discount at the time of the sale. In the case of a retrofit, the contractor would receive the rebate and pass it on to the homeowner in the form of a discount. For those homeowners who prefer the do-it-yourself approach, the vendor would apply for the rebate on behalf of the homeowner for certain qualifying products such as insulation, sealing products, weather-stripping and caulk. A Federal Rebate Processing System within the Department of Energy would oversee the rebate applications, and create a network of Program rebate “aggregators” to assist the vendors and qualified contractors1 with their rebate applications.

Informally dubbed “Cash For Caulkers” in reference to the popular “Cash for Clunkers” legislation that jump-started the automotive industry by providing rebates to individuals purchasing more energy efficient cars, this legislation, if passed, could provide the same lifeline to the sagging construction industry. According to the Bureau of Labor Statistics, the construction sector experienced a gross job loss of 940,000 in the second quarter of 20092 (the most recent data available). The Home Star Program could create as many as 170,000 construction jobs to perform the
retrofits, and has the backing of the US Chamber of Commerce, the national Association of Home Builders, and the National Association of Manufacturers.

“Home star is a practical, common sense investment in job creation and energy savings,” stated Representative Welch in a recent press release. “Vermont has shown that investing in energy efficiency works. Now the rest of the country will have a chance to benefit from the Home Star hat-trick3 of job creation, energy savings and reduced carbon emissions.”

President Obama also expressed his pleasure with this bi-partisan legislation in a press release posted on the White House web site. “At a time when millions of Americans are looking for work and companies are ready to take on new customers, this legislation will help jumpstart job growth and demand for new products created right here in America. This rebate program will not only put people back to work, it will lower costs for homeowners who choose to improve their home with products like energy efficient windows, water heaters and air conditioners. And it will also save consumers money on energy bills down the road.”

Not everyone is so enthralled with the Home Star Program. House Republicans overwhelmingly objected to this legislation, pointing to the $8 billion of federal stimulus money already allocated for such projects under last year’s legislation, and citing the lack of funding (pay-as-you-go) for the bill. Additionally, they are concerned that, “As of February 2010, of the $4.7 billion [the] Department of Energy has awarded in grants to states under the ‘stimulus’ weatherization program, only $368 million (less than 10 percent) had been used by states for weatherization purposes and only 30,297 homes have actually been weatherized.”6 In other words, the Republican Party seeks assurance that this money will be spent in a timely and effective manner.

The Air Conditioning Contractors of America also expressed displeasure with parts of the legislation. While they are in favor of an infusion of federal funding to create jobs within the industry, they object to the accreditation process for “qualified” contractors which could be a lengthy and costly proposition for the contractors, and to the stipulation that the contractor apply for the rebate. The rebate process could take months to complete, essentially forcing the contractors to “loan” the rebate to the homeowners upon completion of the work, and wait for the federal government
to repay the “loan” once the rebate is processed. This stipulation is especially onerous for small business owners who may be unable to front the thousands of dollars in rebates while waiting for approval of rebate applications.

Home Star Program supporters and detractors will have another opportunity to present their case, though, as the bill heads to the Senate for consideration and debate.