Sales of Home Improvement Supplies Are Up in 2010

After three disappointingly slow years, sales figures for home improvement retail giants Lowe’s and Home Depot have picked up in a big way. When the economy first took a major turn for the worse, many people put their remodeling and renovation projects on the back burner. Considering the encouraging surge in sales that the two major home improvement chains have experienced since March, it’s clear that many homeowners are finally seeing the light at the end of the recession tunnel. During tough financial times, people try to pinch every last penny; it appears that more of them are finally opening their wallets for home improvement projects this year.

In addition to the encouraging news coming from Home Depot and Lowe’s corporate headquarters, a recent survey by 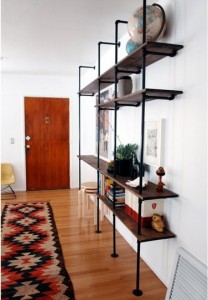 American Express had optimistic results to report. According to the survey, 62% of homeowners reported that they planned to kick off home improvement projects in 2010. The survey’s findings mesh well with the announcements from Home Depot and Lowe’s, and serve to further reinforce the growing belief that the economy may be on a rebound at last.

Good news is trickling in from other sources, too. Top selling paint company Sherwin Williams has reported that itssales to contractors have been picking up lately. This is a sign that many homeowners are finally willing to hire outside help when it comes to their paint projects. During recessions and other tough economic times, people tend to take on paint jobs themselves. In addition to buying more paint and painting supplies from retailers like Lowe’s, then, it appears that a greater number of home owners are bringing professionals on board for their home improvement projects.

Another positive point concerning sales to contractors is that for most retailers, up to a quarter of their sales are generated by contractors – and they tend to spend a lot more than regular consumers, too. If contractors are stocking up on supplies, it can only mean that homeowners finally feel like they have enough financial wiggle room to afford their services. If these trends continue – and increasingly large numbers of consumers begin splurging on home improvement supplies and hiring contractors to perform remodeling work for them – then the economy truly might be turning itself around.

According to the Wall Street Journal, sales of larger, more expensive items and equipment have been on the rise as well. Tractor Supply, which has stores in several states and specializes in farm equipment, has reported that unit sales of riding lawn mowers have steady been going up. When times are tough, people are more likely to have repairs conducted on their existing landscaping equipment – or buy it used. With many brand-new units flying off the shelves, it is apparent that people across the United States are finally experiencing better financial times.

Based on the available data, the turnaround in home improvement-related sales appears to have started in March. Indeed, sales during that month at garden equipment, building material and supply stores were much stronger than many other retail categories; that news was recently reported by the U.S. Census Bureau. On top of that, sales in that category improved by 3.1% between February and March. According to Rochdale Securities, this was the largest increase since November of 2007. Again, 2007 was approximately when the economy first starting taking a turn for the worse. It’s looking more and more like the home improvement industry’s burgeoning sales may be a harbinger of even better news around the corner.

Before people get too excited about these encouraging reports, it should be noted that several other factors could be behind the phenomenon. Tax refunds are being cashed left and right during this time of year; appliance rebate programs by the U.S. government could also be playing a role in the situation. Consumer confidence has been on the rise for some time, and it could also account for a decent percentage of what is happening in home improvement stores these days. Still, the industry hasn’t had positive news like this in over three years – and many homeowners are finally dusting off their tool boxes after a very long hiatus.

In addition to the encouraging numbers that they’ve already been posting and reporting, top executives at Home Depot and Lowe’s are waxing optimistic as well. Home Depot, for one, expects sales at stores that have been open for more than a year to go up by at least 2.5% in 2010; Lowe’s believes that it’s total-year increase will fall between 1% and 3%. Given the other encouraging news that’s coming in from so many different places, these optimistic estimates may not be all that far-fetched. If sales continue to stay strong well into the summer, the accuracy of these predictions will become much more clear.

Finally, a report by the Joint Center for Housing Studies at Harvard University that was released this month says that growth in the home improvement sector should be somewhere around 5% in 2010. For contractors and home improvement retailers alike, this is undoubtedly excellent news. It also reinforces other trends that have been popping up all over the industry, creating a very positive big picture. Should this report prove to be correct – and if Home Depot and Lowe’s big projections come through – then 2010 could end up being a major turning point for the home improvement industry, and for the economy at large.

All of these numbers, percentages and reports aside, consumers can see evidence of the boom in home improvement sales for themselves by walking into their local Lowe’s, Home Depot or other similar retailer on a Saturday or Sunday. If these trends continue – or strengthen – then lines at those stores will be long, aisles will be choked and crowds of people will be seen walking out the door with bulging bags and carts stacked high with remodeling supplies. In other words, remodeling and renovation projects will finally be back in a major way – and other industries shouldn’t be far behind.