How to Cook Rump Roast? 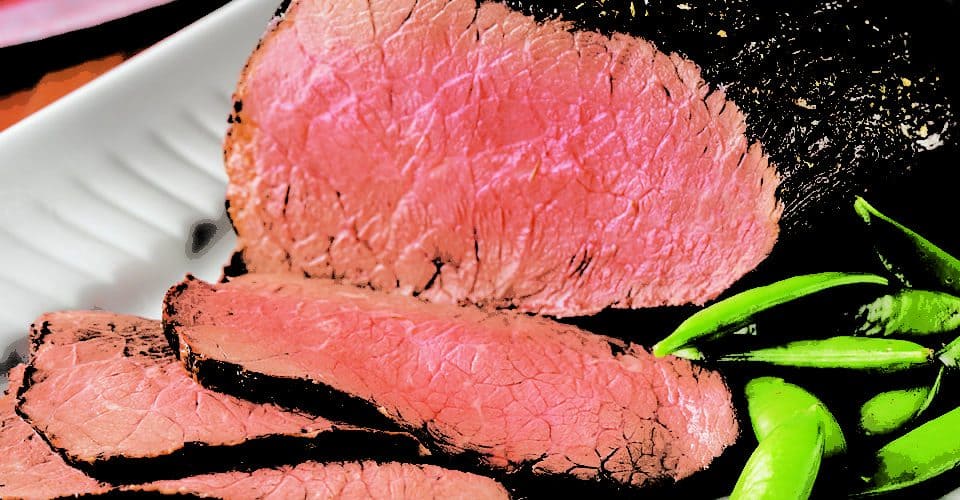 Rump roast is a popular cut of beef that comes from the hind legs of the cow. It is flavorful, but full of connective tissue, making it tough if improperly cooked. Rump roast also happens to be one of the least expensive cuts of beef as well. In order to cook rump roast properly, one of two cooking methods can be employed — braising or roasting at low temperature in the oven.

Braising is a cooking method in which a piece of meat is first seared to lock in the juices and then simmered slowly in a flavorful liquid. The flavorful liquid is usually stock or wine, or sometimes even just water that has the flavor of the pan drippings. Braising is a versatile and almost fool proof way to cook tough cuts of meat. During the braising process, the connective tissues inside the meat — collagen and gelatin — are dissolved by the heat and moisture rendering the meat tender and moist. Braising is a slow cooking process that can take several hours, so prepare accordingly.

In order to braise a rump roast, you need to select a rump roast that is between 5 and 8 pounds to feed 6 to 8 people. It may sound like a large roast, but the meat will shrink during the many hours of cooking. Select a rump roast that has a lot of marbling. Marbling is a term for intramuscular fat within the cut of meat and can be seen as white streaks running throughout the flesh. A cut that lacks marbling will be tough and dry, even after hours of braising. Season the beef liberally with salt and pepper. Brown it on all sides in a heavy Dutch oven in a little bit of olive oil, taking care not to move the meat while each side is browning for at least 3-4 minutes. This develops a brown crust on the meat that is essential for flavor and for sealing in the juices. While the meat is browning, prepare your vegetables. For a rump roast, cut 2 large onions into quarters as well as 4 stalks of celery and 4 large carrots. Once the meat is browned, add enough beef broth or water to the pot to come 3/4 of the way up the roast. Add in the vegetables, a few sprigs of fresh thyme, and 2 bay leaves. Bring to a boil on the stove and then place the pot into a preheated 300 degree oven. Cook the roast for 4-5 hours, checking for tenderness. The roast is finished cooking when a fork that pierces the center of the roast comes out cleanly with no effort. The cooking time will depend on the size and the fat content of the roast. Half an hour before the roast is done, potatoes may be added. After the roast is done, strain out all the vegetables and place the meat on a serving platter. Taste the sauce that is left over in the pot. If the sauce is not flavorful enough, place the pot onto the stove and bring the liquid to a boil. Let the liquid evaporate till the desired consistency and flavor are desired and then serve alongside the roast.

Chop up 2 large onions, 2 stalks of celery, and 3 carrots into large pieces. Distribute them across the bottom of a heavy roasting pan and season with salt and pepper. Drizzle a little olive oil onto the vegetables and toss to coat. Once that is done, season the rump roast with salt and pepper. Rub the roast with olive oil and place it on top of the vegetables. Bake in a 275 degree oven until tender. Once the meat is tender, remove the vegetables and turn the oven to broil in order to get the meat crusty and brown.

Using either the braising method or cooking a rump roast at low temperature produces amazing results. Your family will be pleased with either method, making rump roast a popular dinner option.