How to Cook Fillet Mignon? 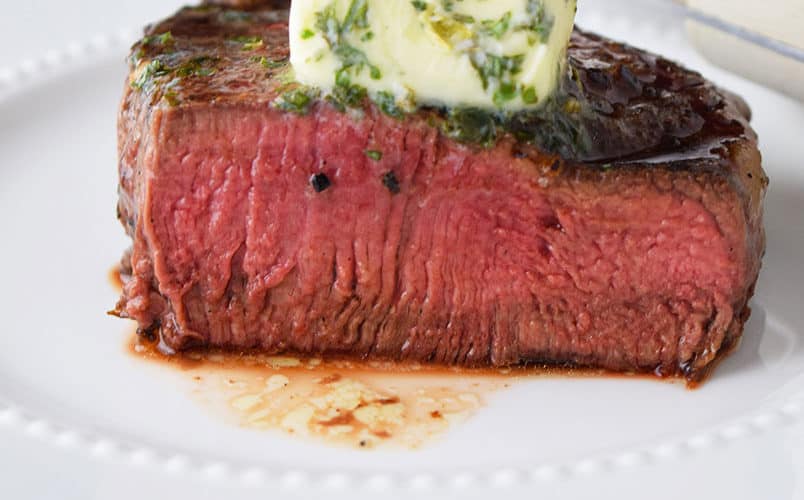 Filet mignon is an expensive and extravagant cut of beef that generally is taken from the tenderloin of the animal. The name comes from the French language, meaning “dainty fillet,” and it gets this name because it is the most tender cut to come from the cow. It also is notorious for being the leanest cut of a cow than any other kind.

Filet mignon is favored by many, and there are many different kinds of foods that will go well with it. For example, you may wish to serve it with mashed potatoes, a good steak sauce and some macaroni and cheese for a fulfilling meal all around.

Often, filet mignon is cooked less than other kinds of steak, so it is more rare than others. However, it is possible to cook it and consume it at a more well done temperature. This recipe showcases the best way to prepare a filet mignon steak of five pounds and has been trimmed, and it should come out to be medium rare or well. This should effectively serve ten hungry people and should not take any longer than two or three hours when preparing it in the oven. For this project, you will require salt, pepper, beef broth, dry red wine, minced garlic, a roasting pan, a cutting board, a sharp knife, a zippered plastic bag and some aluminum foil.