How to Bake Garlic Bread Sticks? 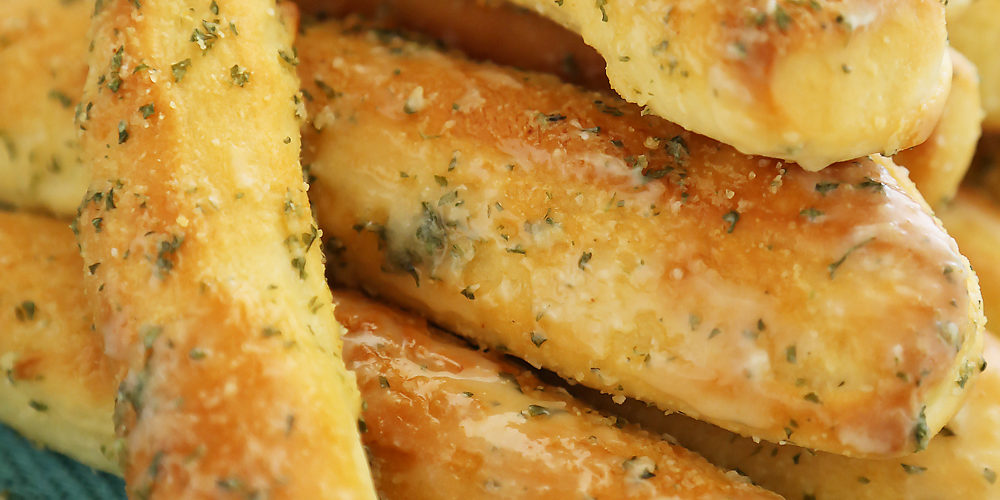 While there are dozens of recipes for different flavors of bread stick, garlic is one of the most popular. This simple side dish tastes great by itself, but goes even better with soup and pasta dishes. There are many different ways to make the bread sticks, but all of them taste delicious.

Once the dough has been kneaded, place it in a large bowl for about an hour. The dough will begin to rise and double in size. After this has happened, take the dough out of the bowl and roll it into a large skinny log shape. This will be the shape of the bread sticks. To cut, spray a sharp knife with cooking spray and cut the dough into several pieces. For longer bread sticks, the dough can be cut into 10 sticks, while shorter bread sticks can be cut into 20. Continue to roll these pieces until the dough is the desired length.

Before baking, grease a tray with cooking spray to prevent the dough from sticking. Place the bread sticks on the pan, but allow them to rise for another 15 minutes. Finally, create the garlic topping by combining 3 tablespoons of melted butter with 1 teaspoon of garlic powder. Brush half of this mixture onto the bread sticks, then place them in the oven to bake at 400 degrees Fahrenheit. Check on the bread sticks after about 12 minutes and remove from the oven once they’re golden brown. After the bread sticks are done baking, immediately brush them with the remaining garlic butter mixture and serve.

Tip: For a stronger garlic flavor, a real garlic clove may be used.

To make cheesy garlic bread sticks, the same dough recipe used above may be used, but instead of cutting the bread into 10 to 20 strips, separate the dough into two balls. Roll the dough into two long log shapes, twisting slightly to prevent the dough from shrinking. Place these logs onto a greased cooking pan and cover the dough with plastic, allowing it to sit for 30 minutes. As the dough begins to rise, preheat the oven to 350 degrees Fahrenheit. After the dough has sat for the given time, place the pan in the oven for 20 minutes.

To create the garlic topping, melt a half stick of garlic butter in the microwave for 30 seconds. Set the butter aside and take out the cheese. Any type of cheese can be used for cheesy garlic bread sticks, but mozzarella and sharp white cheddar is most common. If the cheese is in a large block, slice several thin squares and place it aside with the butter.

Finish cooking the cheesy garlic bread sticks by placing them back in the oven for an additional five minutes or until the cheese has melted. Take the bread out of the oven and cut it into several long bread stick shaped logs. This recipe is great by itself, but also a favorite to accompany Italian pasta dishes.