How to Install Flat Screen TV on Wall? 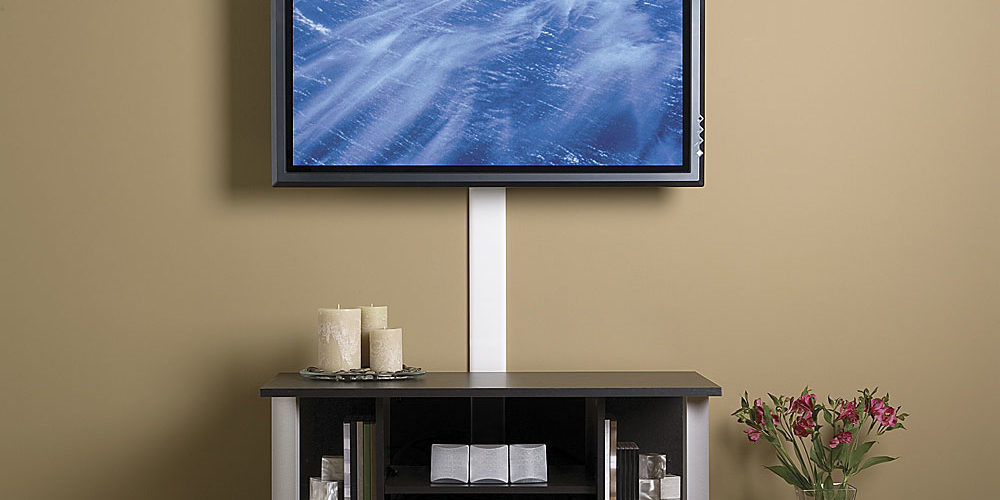 With the advent of improving technology, televisions keep getting smaller and lighter all the time. As part of the process, the idea of a traditional television stand is evaporating. People are now conserving space in smaller rooms by mounting televisions directly on a wall, as they would a picture frame. It is not at all hard to install a flat screen TV on a wall mount, but you have to do it cautiously. The worst thing imaginable for your beautiful and costly new television would be for it to come flying off of the wall, shattering to pieces in the horrible process. This article goes through the step by step directions for installing a flat screen TV on the wall.

Materials and Items Necessary for the Project:

The first thing that you will have to do in order to mount your flat screen television on the wall is to find and attach your mount to a stud in the wall. A stud is a piece of wood which is capable of bearing loads. They are found in your walls and are intended to bear up the weight of heavier objects. It is easy to find a study; there are two different means of doing this. Either you are able to knock around your walls until you find a stud, since when you knock on a stud it will create a sound as if you were knocking on solid wood, rather than a hollower sound which you will encounter from the remainder of a wall. Alternatively, you might buy an electronic Stud Finder, which is not expensive. You can obtain these from virtually any home improvement or supply store. Such hand held devices employ a magnet to find the metal nails and various other items which are featured in studs, since they are what all other things in your wall are attached to. The back portion of the mount affixes firmly to the wall stud. Once you have screwed all the pieces in, should the back of the mount still move around, then it is not sufficiently secured.

Next you will need to attach the brackets which were included along with the wall mount, on to the back side of the television itself. The back side of your TV has holes which are purpose designed for this, and the brackets screw directly on to these holes. On your television, they will be found to the right and left sides, near the corners, although this does depend on the kind of wall mount which you have bought. Some of them only require two brackets in the corners at the bottom, others need all four brackets to be screwed in to all of the four corners.

After these brackets have been attached to your television, they further attach on to the portion of the mount which is presently on the wall. They maintain the television in its fixed place. The package which came with your wall mount ought to have all of the needed screws and brackets for the job. You should inspect the manual which came with your flat screen television, to make sure that you follow the right directions for your specific model and make of flat screen TV.

Attaching the Brackets to the Wall Mount

Now you will need to attach the brackets located on the television on to the portion of the mount which is presently located up on the wall. Although these do slide conveniently into their place, they should be attached securely using some bolts and screws. These should definitely also be inside of the package which came with your mount. The wall stud holds up the wall mount’s weight, and this is what is bearing up the television’s weight. It is important to ensure that the TV itself is not abutting directly on to the wall, since this would interfere with the proper ventilating of the heat from the back of the TV, possibly causing it to become overheated. After this is all accomplished, you are ready to hook up your Blu-Ray, DVD player, and any other accessories that you may own.