Can the Housing Recovery Heal the US Job Crisis? 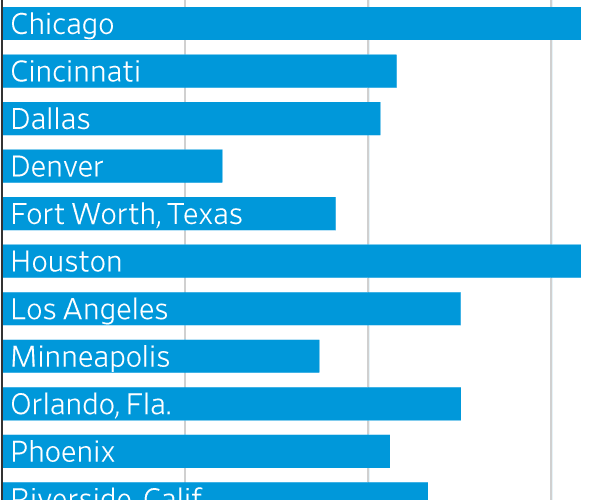 During recent months, US home prices and new home construction have started picking up again. This may suggest that both the housing market and the US job market could be starting recoveries.

After suffering through years of downward activity, new construction and US home prices are actually starting to see the light again. Foreclosures across the country have began slowing down, which suggests that the housing market just might be bouncing up from the bottom. Stuart Miller, the CEO of the national homebuilder, Lennar, says that to him, it sure feels like we’ve already reached the bottom. Speaking to analysts back in June, he said that he believes that the housing industry is finally beginning to rise back up.

But, we’ve seen so many false starts in the previous years that many are quite skeptical. The recent numbers showing slight rises in home values may not be enough to feel completely secure just yet. It’s just too soon to know for sure. Miller says that he’s a bit nervous when it comes to using the word “recovery” when speaking about the housing market. Still, the recent stats do show positive signs, leaving many to believe that the worst may be over. If this is true, this is a good sign for other markets and industries that directly affect the US economy.

The US Job Crisis

A steady housing recovery will more than likely have a direct, positive effective on many types of construction jobs. This industry was one of the worst struck sectors when the housing crisis began. About one-quarter of US jobs were lost, totaling about 2.3 million, during the crisis.

In July 2012, construction workers’ unemployment rates were 12.3%. The national numbers of all industries only reach 8.3%. But, last month, numbers showed promise in the construction industry. About 5,800 employees were added to homebuilders’ staff teams. This is just about the same amount added annually back in ’05 and ’06 during the real estate market boom.

A strong housing market could also bring more jobs in other industries, such as:

There’s no way to accurately estimate how much the economy will gain from all the spillover industries. But, High Frequency Economics economists have predicted that housing-related industries will begin hiring at faster paces very soon. They expect these spillovers to add up to 40,000 new jobs each month.

A recovery in the housing market could also boost jobs in yet another way. Many people may not know this, but jobs are open in the US. The problem is that most of the applicants qualified to fill these positions aren’t in the areas local to these jobs. And, currently, it’s impossible for them to relocate to where those jobs are because they’re not able to sell their homes.

Take Kansas, Oklahoma and North Dakota, for example. These states are energy-rich states with an abundance of jobs available. But, that’s of no value to qualified, unemployed, job seekers in Arizona, Florida, Nevada and California who are caught up in upside down mortgages. If home sales in these hard-hit areas improved, many of these homeowners would be free to relocate to places with jobs.

The recession caused consumers to become reluctant and more careful about opening their wallets. More have chosen to pay off debts rather than continue to spend. If home prices increase, the perception of wealth will also increase among the middle-class Americans. Although higher home values doesn’t necessarily equal to more cash, the perception of increased net worth can compel consumers to begin spending again.

The housing market recovery could create a trickle effect that helps to contribute to economic recovery in the US as a whole. But, according to experts, we still have a long way to go to fully realizing this dream. The housing market has always been known to be a great force behind economic growth in America. That’s why when the housing industry “shribbled up”, so did the nation’s economy.

In the past, real estate in the residential sector accounted for about 5% of the gross domestic product in the US. Ever since the recession, this percentage has been cut in half. Now, residential real estate investments only account for about 2.3% of the economy as a whole.

According to senior economist at Wells Fargo, Eugenio Alemán, the housing recovery would need to continue for no less than 3-4 more years for the market to reach the 5% level again. He says that Wells Fargo is optimistic, yet cautious, about the housing market recovery, simply because it’s still in the early infant stage.