The Drywall Dilemma Continues To Drag On For Homeowners 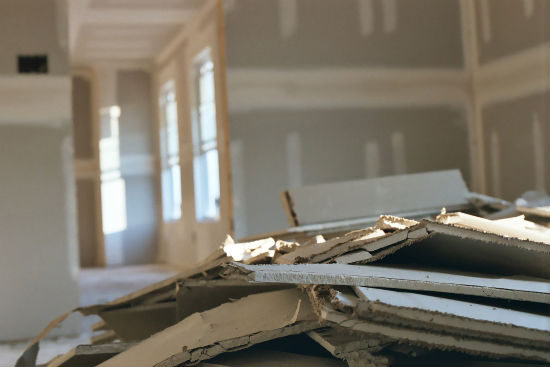 Since 2008, the CPSC has received complaints from more than 3,300 homeowners residing in 37 states. Most of these complaints came from Florida, Louisiana, and Virginia, where hurricane-damaged buildings were rebuilt with the defective drywall. Laboratory testing has proven the defective drywall emits high levels of hydrogen sulfide, which is associated with metal corrosion.

On May 24-25, 2010, U.S. officials met with Chinese officials at the U.S.-China Strategic and Economic Dialogue meetings in Beijing. The U.S. officials attempted to press the Chinese government into facilitating a meeting between CPSC and the Chinese companies who manufactured the defective drywall. Moreover, on May 25, 2010, CPSC released the names of the Chinese drywall manufacturers whose products emitted high levels of hydrogen sulfide.

According to the CPSC and LBNL, these ten samples (all made in China) held the greatest amounts, in the order of highest to lowest rates of hydrogen sulfide:

Other samples of both, Chinese and domestically manufactured, drywall tested as having low or no detectable hydrogen sulfide emissions. These samples include:

Two other samples, both made in China also tested with low or no emissions. One sample was 3/8” drywall, with an uncertain manufacturer and manufacture date, the other was made by an unknown manufacturer in 2009.

In order to deal with the drywall problem more effectively, an Intergovernmental Task Force on Problem Drywall was formed. It currently consists of representatives of CPSC, HUD, the Environmental Protection Agency and the Centers for Disease Control and Prevention. CPSC and HUD recommend homeowners hire a certified contractor to inspect any drywall installed in2001-2008, and take proper remediation action if it’s defective.

The Federal Trade Commission (FTC) has also issued a Consumer Alert in December 2009, warning consumers to be extremely cautious when hiring contractors for testing and removal of drywall. The FTC advised homeowners to confirm the contractors’ references, qualifications, and background before hiring them.
In light of the demand for qualified, certified contractors and drywall inspectors, the Building Envelope Science Institute (BESI) is offering a new certification class in New Orleans, Louisiana. The class will be held July 19-20, 2010 at the Astor Crowne Plaza. BESI has held several conferences throughout Florida since October 2009, and is now receiving numerous requests to conduct seminars outside of Florida.

BESI provides training and certification to licensed and state approved contractors who are interested in performing inspections and remediation on structures with defective drywall. The BESI system of remediation has been considered to be the most comprehensive remediation process available, and meets CPSC and HUD interim guidelines, as well as court alignments. The BESI system deals with the major factors of corrosion, cross-contamination of other building materials, personal belongings, as well as several other factors that CPSC considers necessary.