How to Get Rid of Mosquitoes in the Yard? 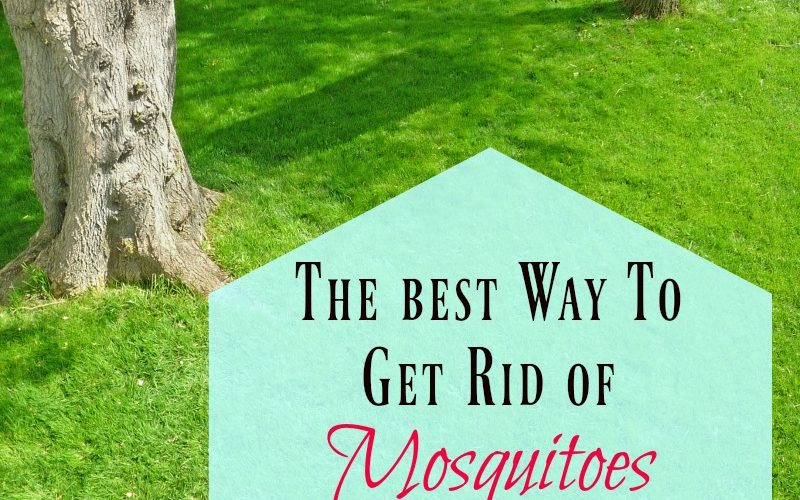 For anyone living in a rural area, mosquitoes are pretty much a given. These little blood suckers are not only annoying, but they can pass some harmful diseases. Malaria, Dengue Fever, and West Nile Virus are just a few of the diseases that can be spread by mosquitos. It’s not just humans that are at risk either. Our furry friends can end up with some life threatening conditions from mosquitoes as well, such as heartworm.

Although you’ll probably never get rid of the swarms of mosquitoes in your backyard, there are a few measures you can take to greatly reduce them.

Since still, stagnant water is a breeding ground for mosquitoes, measures should be taken to eliminate any pools of water around your home. Water that has collected in places such as old tires, clogged gutters, flat roof, and buckets should be gotten rid of as soon as possible. Bird baths and wading pools should have their water changed at least once a week, and all pools and hot tubs should be cleaned, chlorinated, and covered.

If their is standing water that can’t be gotten rid of, such as ponds and rain barrels, it should be treated with Bti mosquito control products. The bacteria produced by these pellets, Bacillus thuringienis israelensis, kills black fly and mosquito larvae. It is safe for fish, humans, pets, and other wildlife.

Mowing your lawn at least once a week can keep mosquito populations down as well. Tall, overgrown grass provides shade from the hot sun, protection from predators, and moisture. If you can remove some bushes and shrubs, that would be ideal, but if not, at least try to keep them trimmed.

Many people swear by planting mosquito repelling plants in their garden and around their home. These should be planted near patios, pools and standing water, and dispersed throughout the yard. Some of these plants that are proven to work are catnip, citronella, lemon basil, lemon grass, and rosemary.

Probably the best way to get rid of mosquitoes in your yard is to attract and allow certain mosquito eating animals. Try to attract birds that eat flying insects in the air. Swallows are thought to be effective mosquito eliminators.

Bats are the best weapon against mosquitos. Although some people may get a little squeamish with bats in their yard, these little creatures devour hundreds – or even thousands – of mosquitoes per night. Put up bat boxes where you can, and soon enough, with some luck, you should have a family of these winged, furry mosquito eaters in no time.

Other animals that snack on mosquitos include toads, frogs, dragonflies, and some fish. If you have a pond, stock it with goldfish, guppies, and mosquitofish. The latter is a fish that will devour mosquito larvae. Mosquitofish are a very hardy species, and they can tolerate temperature changes and poor environments.

Now, if you live in a naturally windy area, you probably won’t have too much of a problem with mosquitos. These little suckers have trouble landing and biting if the air isn’t still. A wind that is blowing at about two miles per hour is all you need. Placing an electric fan on your patio or porch could do the trick to keep mosquitos at bay.

There are some lights that actually repel mosquitos. They are attracted to light at certain frequencies. Replacing your standard bulbs outside your home with yellow bug lights can keep these pests from attacking you near doorways or wherever you have outdoor lighting.

How To Protect Yourself From Mosquitoes