How to Bake Corned Beef? 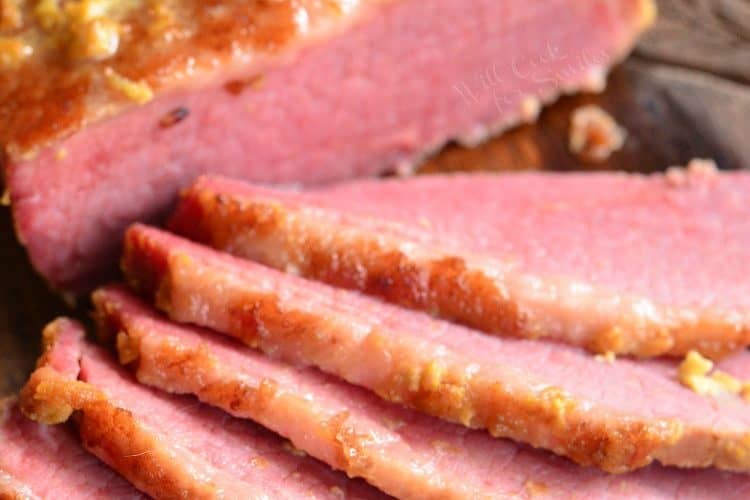 Salting meat is a practice that dates back to ancient times, and it was a very popular means of preserving meat for both soldiers and nomadic peoples. The word “corned” is a modified form of the Old High German word “kurnam”, which referred to a small seed of anything. In this sense, the people who coined the phrase “corned beef” were referring to the kernel of rock salt used in the process.

How to Make Corned Beef

Today, most people purchase their corned beef from the grocery, but it is actually quite simple to do yourself, and the results are delicious. Start by placing 10 pounds of good quality beef brisket into a large crock. Dissolve ¼ tsp. saltpeter in warm water, and then add 2 tbsp. sugar, three cloves of minced garlic, 1 tbsp. mixed pickling spices, and 2 tsp. paprika. Combine that mixture with ¾-cup salt in 2 quarts of water, and stir well. Then, pour this over the meat in the crock, so that the meat is completely covered. Now, cover the crock and refrigerate it for 3 weeks, turning the meat every 3-4 days. On the final day of the third week change out the water with fresh cold water several times, and on the next day soak in for a final 24 hours in fresh water in a cleaned crock.

How to Prepare Corned Beef

The traditional and most common means of preparing corned beef and cabbage is to boil it. One puts the corned beef in a large pot filled with cold water, covers it, and then brings it to a boil. The chef then allows the meat to simmer for 3-5 hours, and then generally adds the cabbage at the very end of the process since it doesn’t take long to cook at all. Corned beef and cabbage purists will tell you that this is the only way, but there are many fantastic corned beef recipes, both with and without cabbage, that involved baking the brisket instead.

How to Bake Corned Beef

The absolute best way to bake corned beef is in a convection oven. The proper way to do this is for the cook to place the corned beef inside a cooking bag, and to tie it off with a heat-resistant twist tie. The bag does an amazing job of trapping all those juices and flavoring the meat. However, we cannot leave the bag sealed completely, so punch several small holes along the top of the bag (fat side up). Then, cook the brisket for at least 3 hours at 300 degrees.

Unfortunately, most people do not have a convection oven in the home, but there is another way that’s almost as good. First, preheat the oven to 325 degrees. Secondly, place the 8-10 pound brisket in a roasting pan with a lid, and make certain that the fat side is up. Cover the roasting pan, and bake it for at least 3 hours. For accuracy, use a meat thermometer, and consider the meat done when the center has reached 190 degrees. Many people make the mistake of adding water. Do not do this. The corned beef has plenty of fat, and it will create its own sauce. Adding water will only dilute the flavor. You can cook the cabbage, potatoes, carrots, or whatever other vegetables, along with the corned beef by placing them on top of the meat.

Finally, it comes time to slice the corned beef, and there is only one right way. Cut perpendicular to (against) the grain, and this will maximize the flavor. Due to the fat, slicing the corned beef can be tricky for the novice. Just take your time, and you’ll get the hang of it in no time.